BullBuilder’s U19s player of the month for July is Rowan Milnes Rowan is from Siddal and has starred for the U19s this year in both the stand off and centre positions.  Highlights for Rowan this season came in the form of try scoring performances in the win over Wakefield at Odsal and versus Castleford. Head of Youth John Bastian said “Rowan’s done well this year and he’s played well in his preferred position of stand off and in the centres where he’s developed his skills.  He’s a fine young man with a lot of athletic and rugby development left in him.   He’s got a lot of enthusiasm and energy and really wants to do well and improve.   Leigh Beattie has done a lot of great work with the U19 players and Rowan has responded particularly well.   He’s great to work with and has the fundamental skills he needs in order to go on from here.  He’s also a smart kid who has also done well academically this year completing his BTEC.” Rowan will be beginning his second full season with the Bulls in 2018 and is expected to figure strongly for the U19s. To find out more about BullBuilder and how to join for as little as £10 a year please visit www.Bullbuilder.co.uk 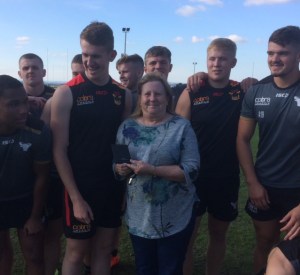 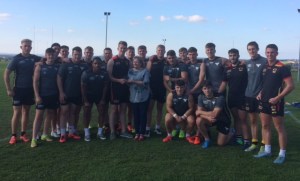