Bradford Bulls junior players will be getting a “lift” in pre-season training thanks to Supporter’s Trust BullBuilder who have donated over £2000 to purchase a new set of weights. The weights, which are designed specifically for use by junior players, will replace an old set that are worn out.   Head of Youth John Bastian explained:  “The new weights are rubber and range from 10kg to 40kg and are very durable.  Our Strength and Conditioning Coach Chris Black chose them and managed to get a really good deal.  They’re primarily for use by junior players to help with upper body work but can also be used for rehabilitation.” Chris Black said “Just like in any profession, having unreliable or faulty equipment is far from ideal.  Thanks to BullBuilder we’re able to secure top of the range dumbbells.   These will really help the young players reach their physical potential and support them through their journey to the first team.    I would personally like to thank BullBuilder for their continued support in the development of the next generation of Bulls players.” John Bastian said: “Chris Black and Adam Simpson are two very experienced strength and conditioning coaches and have been building strong programmes for all the players.    These programmes are very important for the young players to help them improve as they grow.  It’s a slow process and can’t be rushed.” Pre-season training has been underway at Tong for over a month and John Bastian is pleased with progress.  “People ask where we are compared with last year and we’re really flying at the moment.  There is no comparison.  I think it’s now time to move on and look forwards at the good things we’re doing.  The new weights will help the players progress even further.” BullBuilder will be offering members the chance to visit the Tong Training Centre on January 18th when they hold their annual AGM at 7pm.   John Bastian said:  “We’re really looking forward to seeing members of BullBuilder and it will be a pleasure to show them around.   They will have a chance to watch the players use the equipment and ask questions. They’ve invested heavily and it’s very greatly appreciated by all the juniors and everyone else at the Bradford Bulls.” To find out more about BullBuilder and how to join for as little as £10 a year please visit www.Bullbuilder.co.uk 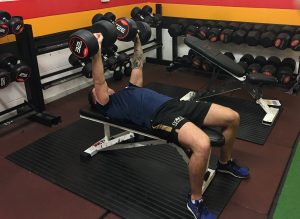 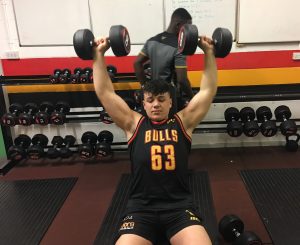 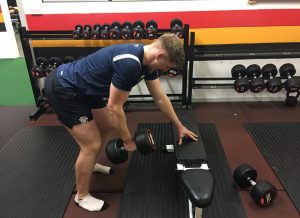