U19s Player of May 2018 BullBuilder is pleased to announce the winner of the U19s player of the month for May is Lawrence Okanga. Lawrence was signed by Salford City Reds from the Siddal Amateur Rugby League Community club, when the Salford Academy ceased, Lawrence was on the lookout for playing options and was loaned across to the Bulls Academy, Head of Youth John Bastian said “Lawrence is a hard working back row forward and soon settled into life at the Bulls and was signed on a permanent deal until November 2018, Lawrence is in his final year of Academy Rugby and is working hard to impress Head Coach John Kear.” BullBuilder chairman Paul Butterworth said “It’s pleasing to see the next generation of Bulls players are working hard and showing committed”. Lawrence was presented with his award pitchside at half time during the match versus North Wales Crusaders on 9th June, from his sponsors 39 Steps Consulting (Richard Hannay, Graham Firth & Brian Sunderland) and BullBuilder Board representative Jason Taylor. BullBuilder’s next fundraising event to raise funds to support our Academy is the Three Yorkshire Peaks Challenge, John Bastian will be participating.  To sponsor/support please go to https://www.gofundme.com/bullbuilder Anyone who would like to participate in the Three Peaks Challenge on Saturday 14th July, please contact Toni Hoggett 07947159065. To find out more about BullBuilder and how to join for as little as £10 a year please visit https://membermojo.co.uk/bullbuilder/joinus Thanks to David Lowdell for the photograph 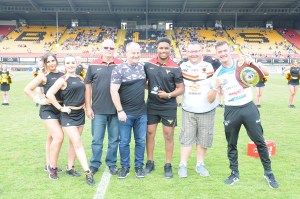 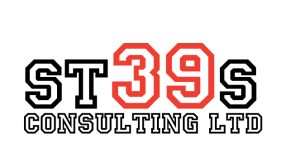