Volunteers from BullBuilder staged their biggest challenge yet when 14 of them tackled the three Yorkshire peaks last Saturday.  The team, made up of BullBuilder members, volunteers, parents and club staff, completed the 24.5 mile trek the majority doing it in under 12 hours, despite soaring temperatures.   Sponsorship in excess of £2000 was raised to help youth development at Bradford Bulls. BullBuilder committee member Toni Hoggett said “I’d like to thank everyone that took part in this challenge.  From a personal point of view I can safely say it was physically, mentally and emotionally the hardest thing I have ever done.  I’d also like to thank everyone that donated.” BullBuilder Head of Youth John Bastian, who also completed the challenge said, “I’d like to give huge thanks to Toni Hoggett for organising the walk.   I don’t think people realise the effort it takes not only to complete it but also to organise it.   I’d like to compliment everyone that took part, particularly the women who prepared so thoroughly and took on the challenge with enthusiasm and good humour.     I’d also like to commend BullBuilder chairman Paul Butterworth who completed the challenge despite suffering from a dislocated shoulder.  What an effort!   The funds raised will be spent carefully and go toward youth development at Bradford Bulls.” BullBuilder chairman Paul Butterworth said:  “I’d like to specifically thank Toni Hoggett, Mark Steel, Kelly Hargreaves, Paul Kilner, Sam Grundy, Liz Hallett, Sarah Davey, John Bastian, Liz Keyes, Simone Ryan, Ann Mucha, Andy Stephenson and Tony Hoggett for their superhuman efforts.   I’d also like to thank Becky Stephenson, Karen Sowden and Jason Taylor for providing support along the route without which this wouldn’t have been possible.  Finally I’d like to thank all those that sponsored us, your support is invaluable and ensures the club is able to keep producing the junior talent it needs to move forward.” As well as completing this challenge BullBuilder will be out walking again at the weekend when they join forces with several Bradford Rugby League Community Clubs on a sponsored walk.  The walk will see them start at the Bulls training ground at Tong before taking in Dudley Hill, West Bowling, Wibsey, Wyke and Odsal Sedburgh before finishing at Odsal – a total of 9.5 miles.   All clubs are taking part as well as Keighley Albion along with Bulls junior players and Head of Youth John Bastian – a glutton for punishment after completing the 3 Peaks a week earlier. Sponsorship money raised by Community Clubs will go to their own club, supporting continued development of rugby league in the community.  Sponsorship money raised by the Academy and Scholarship teams will go to BullBuilder to enable them to continue their support of activities at Tong and the academy teams.  For details on how to get involved or sponsor contact sue.cator@bullsfoundation.org 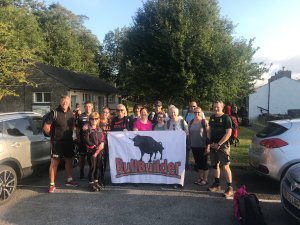 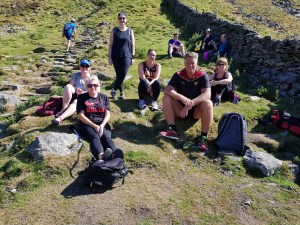 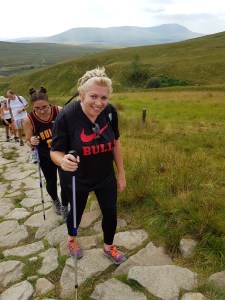